ROGER: Absent-minded but enthusiastic assistant to the casting director.​

​KELLIN: Over-the-top artistic stage actor with a superiority complex who feels debased by auditioning for television.

​TANDY: Very intense and excitable...until it comes to reading the audition lines.

​JEFF: Thinks adding sound effects will give him a better shot at winning the part.

​CARMEN: Social media influencer who sees this as a way to expand her brand.

​GREG: Can't seem to keep himself in the frame while auditioning.

​PHYLLIS: Talented but extremely (and comedically) hard on herself.

​RORY: Delivers a completely serious reading while dressed in a crazy outfit.

​TOM: Roger's non-actor dad who can't seem to figure out how to get the video program to work. 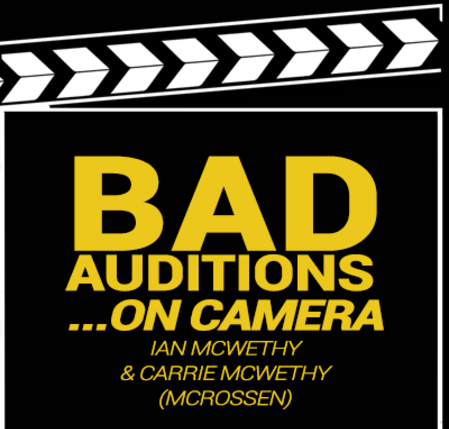 A casting director has one day to find an actor to fill the role of a lawyer in a crime procedural. But what seems like a simple task proves impossible when the pool of actors includes stage thespians who can't tone it down for the screen, performers completely unable to keep themselves in frame, and an actor who seems to believe this is a commercial. The audience votes for who they think should get the role when they step behind the doors of a casting session in this hilarious comedy.

Suggested age range: high school and up.  This show is able to be rehearsed and performed while fully socially-distanced.  Contact info@actingoutforals.com to schedule a video audition with the director.